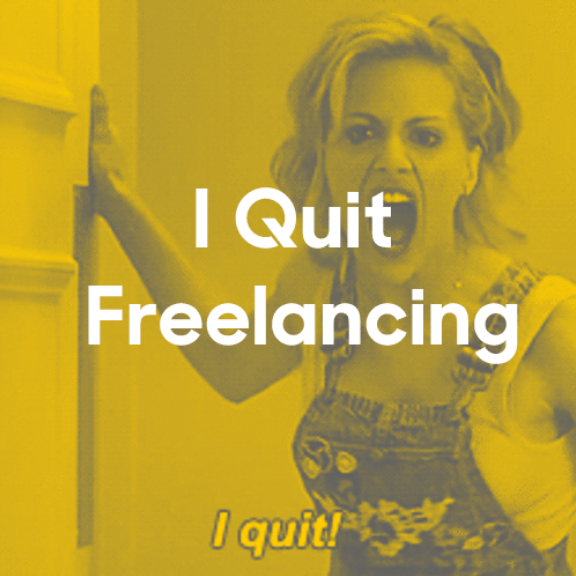 I don’t remember ever deciding to be a freelance writer. I don’t think I gave it much thought.

Over the course of six months I moved across the world (from New York to Tel Aviv), moved apartments three times, learned a new language, made a new group of friends, and was expected to find a career at the same time.

Writing for a living made sense.

Writing has always been the goal and the means of achieving that goal. Writing is my Ol’ Faithful. Writing doesn’t care about my passport or bank balance.

When I felt split into forty people, writing was what brought them all back together.

So I did that. It was natural.

Just saying I was a freelance writer was enough to get me through the bad days, the invoices, the late payments and the slow seasons. I was living my dream and I was proud.

That lasted for like, thirty months. And then the hard times started.

I was stuck in a dichy period, a light-to-heavy depression that never seems to lift. I could hear a voice in the back of my head that sounded a lot like my sister saying to me,

Maybe this isn’t for you.

Maybe this wasn’t for me anymore. Maybe it was cool at the beginning, but I needed more stability. Maybe a job with sick days and vacation time would be good for me. Maybe I needed to get out of the house more anyway.

Predictably, a job offer found its way to me — something so appealing it was unreasonable, hours that would make an overworked freelancer cry with joy, a boss who was a gem and guaranteed income/peace of mind.

Within a month, I was someone else’s employee. And within three months, I was back where I started.

There’s this essay by Gunter Kunert, Why I Write, and in this essay, he writes about how he knew he was a real-deal writer because he failed at everything else he did.

The job didn’t work out, for reasons that were no one’s fault. We separated amicably and I (quite naturally) moved back into my home office space.

Not sure whether to feel excited or defeated or exhausted, I took a few days of funemployment/vacation for the first time in a very, very long time.

And then my whole freelance journey came together. I finally understood why I was in the game — to stay.

The Three Lessons I Learned From Quitting

Your Job Doesn’t Define Your You

Every time I told someone I was a freelancer, yes, full-time, I gave myself goosebumps. Seriously. Every time.

It was a joy to log into Facebook and see the accounts I managed, to go into Gmail and see who trusted me with their logins. I loved my clients and loved my work.

But I also loved telling people about my clients and my work, and used that to avoid telling them about myself.

Once I was forced to separate myself, Shayna, from Shayna the freelancer, I had to create my own identity. I didn’t want to be Shayna who works at an art gallery because that wasn’t enough, but I didn’t know what else to say.

Coming back to freelancing, this feeling of not enough stuck with me.

Or Shayna who dreams of opening a gallery who stays up all night photographing concerts who has stacks of notebooks all over her apartment who is vegan by dumb luck who is relearning how to draw.

Or just Shayna, without any qualifiers.

Coming back to freelancing, I dropped the freelancer from my bio.

It was important, but it wasn’t everything. It was a wonderful choice, but I also had to remember — it was just a job.

Having proper work hours and an out-of-house work space highlights the split between work and whatever isn’t work.

As an employee, I said sayonara to late nights and early mornings writing briefs and blog posts and instead spent my free time photographing concerts, cooking, painting, reading, lifting weights, and loosening up my brain cells.

This was what I loved about being an employee. As soon as I walked out of the office, I belonged to myself. I was free.

As a freelancer, that freedom is hard to achieve.

So, upon coming back to my desk, I set hours for myself. I found a rhythm that worked for me, the hours and days most suited to each project, and I set them aside.

Every single other hour was mine, to sleep or eat or dance or whatever people do in their spare time.

Doing things for you, whether they’re goal-oriented or pizza-eating or whatever you do, will ultimately make you a better person. For real.

You can divide your time the way you want to, without feeling beholden to clients or fake emergencies.

Work doesn’t have a constant voice in the back of your head saying one more hour, one more email.

Your time is yours. Stop giving it up to others.

If You Are Able To Do It, You Probably Should

When I left the office on my last day, I called my mentor in a panic.

I didn’t know what to do next, whether to freelance again or to look for another job or to stay in bed until the bank called.

While I was hyperventilating, she said something genius.

If you can do it, you probably should.

If I was able to handle the work highs and work lows, the excessive heat in my apartment and making my own coffee and managing my own schedule, then I should.

Because not everyone can.

Some people need to know every morning where they’re going and how they’re supposed to dress and how long their commute will take. Some people can’t sit at home when their bedroom is a mess and their boyfriend dumped them two feet from their desk and their dog won’t stop eating leaves and then puking them.

As an employee, I never found my sweet spot. I never found the thing that made me want to stay up all night. I knew my responsibilities and I didn’t think much beyond them.

If your brain is made for a big-head creative imaginative job, you have to honor that.

There’s not enough time to say next year, when my savings account has another zero at the end, or whatever excuses we like to give ourselves.

Being a freelancer is the ultimate creative tool. It’s the chance to be all of the things you’ve wanted, to try on all of your hats.

It’s terrifying, but if you can do it, you probably should. 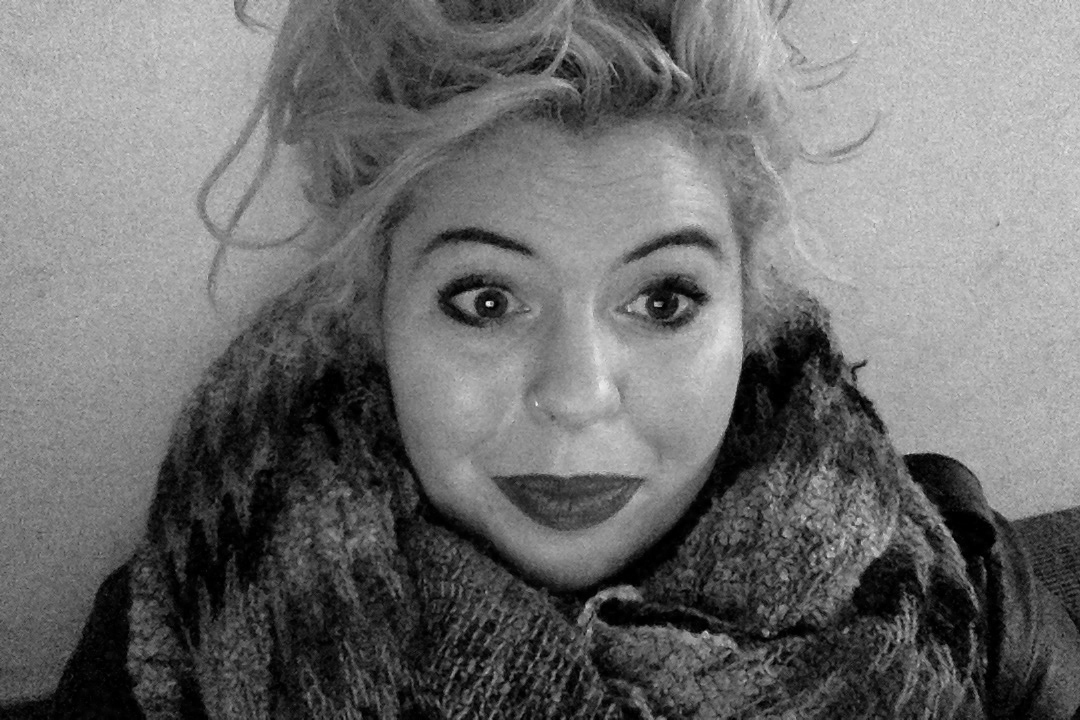 Shayna is the Head of Friendship at The nuSchool, doing all things blog/community/biz dev/happy. She's a freelance copywriter working in art and design, and has two dogs named Chuck and Alma.