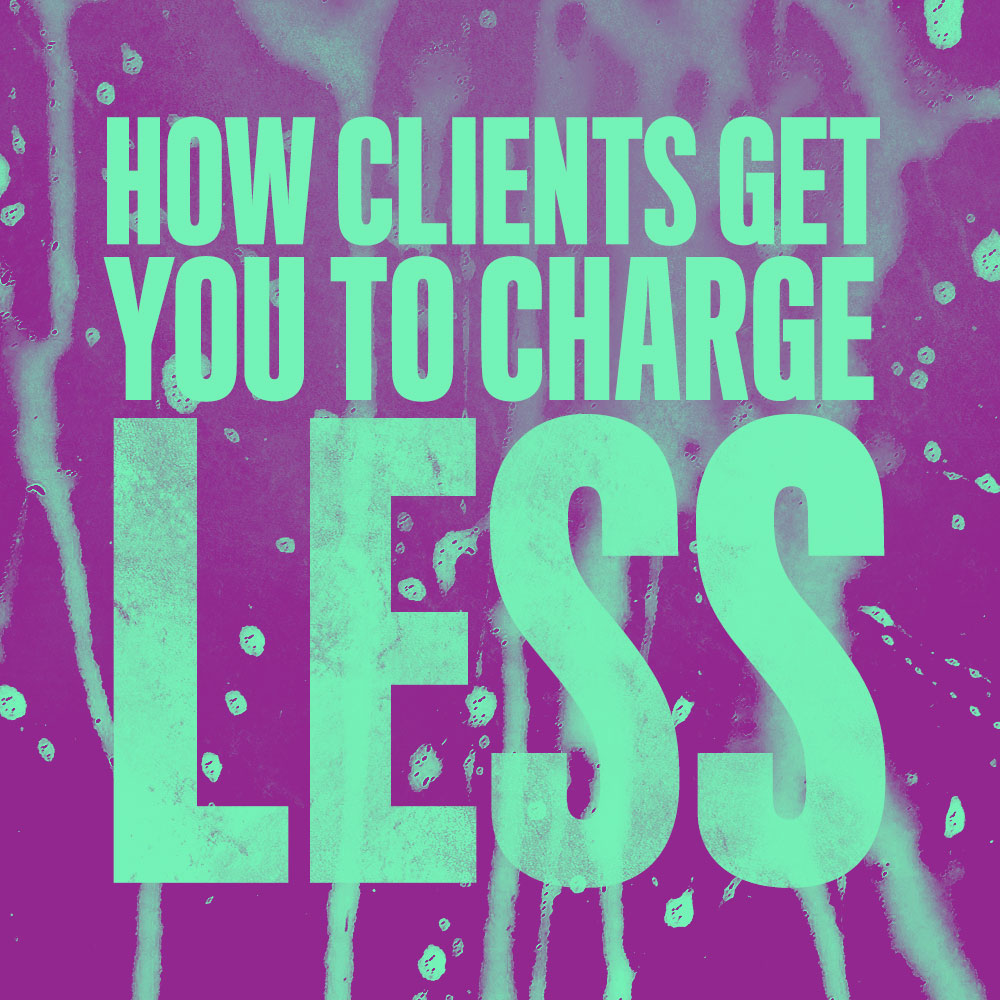 Have you ever walked down the street and heard a stranger whisper to you from a dark alley, “Hey, come here! I have some really low-paying design work to offer you! It’ll make you famous! You can trust me!”

The other reason we fall for these evil people trying to take advantage of us is because threy’re not actually evil. They don’t mean to deliberately harm us; they’re just looking after their own interests, and they have less empathy/awareness to your side of things.

No matter whether it’s on purpose or not, they strongly believe in what they are trying to achieve – which is your great work with minimal investment from their side.

And that’s why they will try to use all forms of emotional manipulations on you to get you on their side, even though they are rarely aware of what they’re doing.

Those are the emotional manipulations often used to make us charge less. I’m not talk about cutting 10% after a nice bubbly and energetic negotiation, I’m talking about making you lose your undies.

They don’t call it undercharging for nothing. Let’s stop falling for these tricks!

This is the client that you met through someone dear to you. The closer this person is to you, the more you might trust that client, because why would your best friend or relative set you up with someone sketchy who has very little respect for your work?

Accidents happen, and many people think that just because they know you through your best friends they deserve a favor — in the form of a huge discount.

Hi, they don’t — this is your livelihood.

This is what you do for a living. Your creative work doesn’t ‘fix holes’ or ‘slightly tidy up’ people’s businesses: your work solves their core problems and helps them make more money.

That’s why it’s valuable — and isn’t a “favor” you’re doing for anyone. No matter how close they are to you. (Unless it’s your mom and dad. You owe them.)

“We saw your portfolio and we were wowed by you.” “You are clearly a professional.” “We HAVE to work with you.” “We NEED you.” “You are like a soul player, your work means so much to us.” “I don’t know anyone who can do this work better than you, you are the only person I TRUST with this job.”

These are some fabulous compliments — that rarely come with a check behind them.
We are in the greatest danger of falling for compliments when we are at our lowest times. We all want approval, and we all want to connect to others. Part of what we do as creatives are stuff for the crowd to see and relate to. The sake of connection holds a major role in our creative life.
That’s how this manipulation works. It seems that the client knows how to use the exact words that will prove my work is valued and appreciated; they even trick themselves into believing they value my work. Don’t mistake these compliments as a genuine appreciation of your work, because it’s not.

The most frustrating part about dealing with manipulative personalities is that they don’t even know they’re being manipulative! They think they are telling you the story of how valuable your work is while they are actually telling themselves the story of why they need and deserve to get it (for way less than you actually deserve).

Someone who truly values your work will be willing to put the necessary investment in.

I know I know, some projects really look like they have potential. But your client is not a fortune teller, and neither are you. Your client is trying to promise you positive outcomes that are beyond their control.

I can’t stand being lied to. When someone dares to promise me something that is not in their hands to fulfill, it sounds like what they are actually telling me is, “I think you are very stupid, you don’t seem to look smart at all , that’s why I feel comfortable feeding you my BS — because I expect you to believe me.”

People are willing to promise you something beyond their control when they are eager to sell an idea they feel strongly about. This idea might be you putting your work and energy for them with very little investment and financial consequences on their side.

The difference between a promise and a commitment is that a commitment can be written on paper, with a date and some money-numbers, and it pretty much never relies on “how things will turn out later.”

“We barely managed to put together a budget for it. We would love to pay you the rate you want, but we don’t have it. We’re bootstrapping/pre-seed/poor.” Here are two optional translations for these sentences-

They are lying to your face.

A good ambitious starting musician friend of mine, asked me to make a music video for him for free. I would love to pay you, but I can;t :( — you know how those starving musicians are. I get it. Lucky for me, at the time, I knew that agreeing to this was bad news. I respectfully declined.

As we were going on with our conversation about life and such, he went on and on talking about his financial difficulties. “And you have no idea how hard it is to make a new album, I have to pay my PR company 2k$ a month, and I hired this awesome producer for $8k. He’s the best, he has this touch, you know?”

Whoa there, wasn’t he saying that he is literally broke? How he did manage to get the money to hire PR and a good producer? Duh; in his mind, as a professional musician, he knows that these are valuable investments he needs to make to get the results he wants.

He doesn’t understand much about making video, though, so he has no awareness of what it really takes. Moreover, he knows that some people out there are willing to make videos for free. Why would he consider my work as a part of the budget?

Ok, so I was done feeling sympathy for ‘starving’ musicians. But what happens when it’s a nonprofit and I feel for the cause? What if this project is super interesting and I just want the portfolio piece? Or the experience? What if I find major value in this work that isn’t money?

That’s when this manipulation might actually work. Again and again. I’ve fallen (and still fall) for these, and there wasn’t one time I felt that it was ‘worth it’. I mean, it was. I learned a lot and I never regret things, but I always felt and knew afterwards that I could have charged more, and I should have charged more.

The bottom line is, every business can pay you, if they think you’re worth paying. If they don’t, you have no chance succeeding in making awesome work for them in a timely manner and a reasonable emotional sacrifice from your side.

Life is too short giving away discounts to everybody. You might find that the less you settle, the more you are able to give to your surroundings and your clients. And that’s a win-win situation. 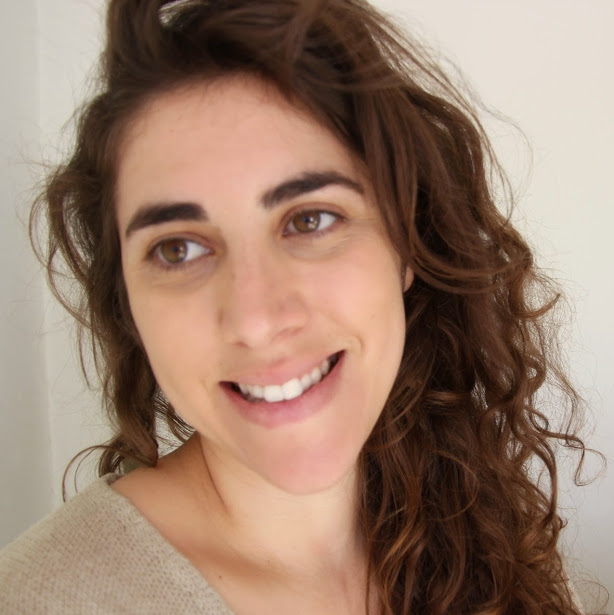 Sivan is a freelance videographer based in Tel Aviv, with a passion for motion design, storytelling and stretching the boundaries of visual effects. She creates commercials, music videos and writes more about her freelance feelings on her blog Freelance Therapy.

P.S. If you wanna learn how to NOT give away discounts – in the holiday spirit, the nuSchool’s having a brief sale: $100 off their class!
Here’s a link  – use it wisely, and use it quick – it’s only available through Jan-1st.