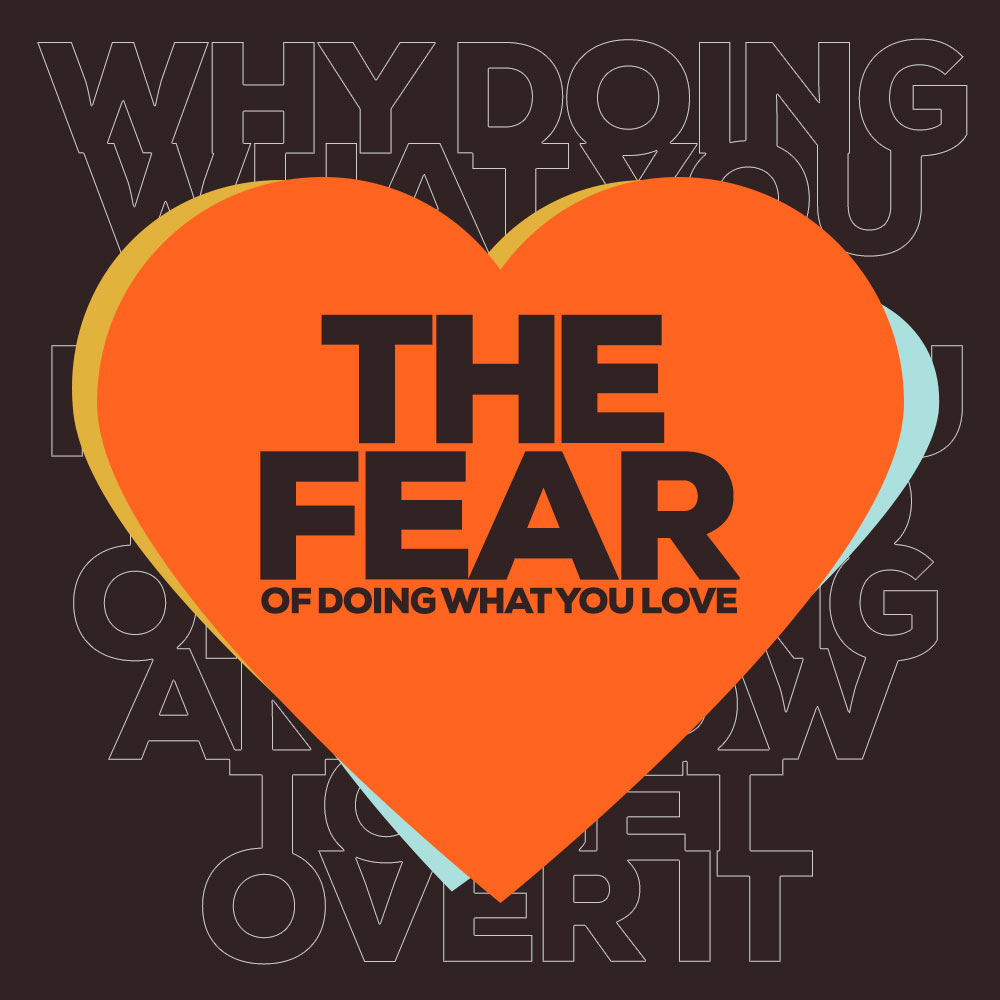 It was 1 a.m. and I was still writing headlines over and over, sitting in bed, my hair a mess and my tea long gone. I’d promised that I would finish this tonight, and I (wrongly) assumed that I could magically work faster on a tight deadline. So of course I’d left myself only a day to do this work. But I wasn’t changing that damn deadline.
As I sat in bed turning the words over and trying to make them work together, I wondered… What if I screw this up? Maybe I’m not cut out for owning my own business.

Doing What You Don’t Love is Easy

Before I started my own copywriting business, I worked in corporate HR. I know, right? What an odd job for someone who had spent most of her years reading behavioral psychology, participating in pretty intense people-watching, and writing.

I’d always wanted to be a writer. But as much as I love writing, I also love food. And sleeping in a bed. And having a place to live. So having money was a big deal, and writers… don’t tend to have much of it.

I didn’t enjoy the work I did, mainly because I was required to fire people, write up processes for rules, and then enforce the rules that I’d written up. I’m not much of a “follow the rules” type, so it wasn’t very fun for me.

The dangerous comfort of doing work you don’t like

But, there was one thing that I used to think was a huge positive to doing this work: I was never afraid. Granted, I was never really happy either, but I was definitely never scared. My emotions were beige. Neutral. Safe. Not that exciting.

If I made a mistake, I didn’t worry that everything I’d been working toward would come crumbling down around me. I just fixed the problem, sent it to my boss, and moved on. I didn’t feel responsible for everything that happened, and I knew that when I eventually left, the work would go on without me.

That feeling was nice for a while, but after a few years I started to see that it was hollow. I wasn’t making an impact in the way I wanted.

So I packed my bags, got on a plane to travel, and started my own business from the road.

Doing What You Love is Scary

Making that change was terrifying. I’m talking sphincter-clenching fear, people. The kind of fear and anxiety ball that lives in your tummy and gives you the scared-poops and night-sweats. I had fear, and I had it bad.

Now in addition to being responsible for my own future, I was also afraid of:

Fear of the unknown is the worst

But the biggest fear was the fear of the unknown. It’s all the things we can’t account for. It’s the project we don’t know we’re going to screw up. The client we didn’t know would flake on us and the questions we didn’t know enough to even ask.

At first, I was paralyzed by indecision. A simple question like “should I publish this blog post?” ended in total self-destruction:

Mean Me: No, it’s not perfect.

Rational Me: Yes, just publish it. Good is better than perfect.

Mean Me: What if I made a horrible mistake that someone’s going to catch? Well, maybe not… Face it Marisa, six people read your blog. Oh my god, this whole business is going to fail.

When I finally hit publish, I was almost in tears, convinced of my impending doom. It was not a good place to be.

Realize that Fear is Good

The thing I eventually came to terms with is that this fear is good. I know that might sound crazy, but I’m starting to believe that if you’re not afraid, you’re doing something wrong.

Because being afraid means that I’m challenged, I’m learning, and I’m growing.

And all of those things will eventually lead to being the badass I always wanted to be.

The problem with fear is that we let it paralyze us. We let that negative voice that tells us we can’t, or we shouldn’t, or it’s a bad idea — we let that jerk make the final decision.

Instead, we should be using fear for our benefit. Instead of getting scared, worrying, and doing nothing, we should get scared, and use that fear to think and act.

Now when I’m working on something that I really love, but I’m also scared out of my wits, I follow this thought process to make me feel better:

1. Pay attention to when you feel fear

Sometimes I don’t even notice that I’m terrified until I’m halfway done with a project. It’s not like a shock of fear, instead, it’s more like subtle doubts start to creep in.

What triggers these fears?

Notice when you feel the fear. Keep an eye out for triggers.

So, I start to think about why I’m so unsettled. It could be for lots of different reasons. Maybe I didn’t get enough clarity on the project so I feel unsure. Maybe I don’t feel like an expert in something I’m working on.

Sometimes it’s because I don’t think that what I’ve done is 100% perfect, which makes me worry that maybe it isn’t any good at all.

Don’t go all doomsday on yourself: The client will be mad at me and I won’t ever get another client again and I’ll have to start working at McDonald’s, but I can’t stand smelling fries for ten hours a day is not a real scenario, okay?

Consider the actual worst case scenario: Your client really doesn’t like what you’ve done and fires you.

That sucks, but it’s not the end of the world.

And it also probably won’t happen.

But if you know what you’re worst case scenario is, you can take steps to avoid it by communicating better with your client, asking for more time to make sure you do the project well, and getting better feedback as you go along so that you’re not as worried.

That’s my mantra this year, and it’s basically my bitch-slap to fear’s face. I still freak out from time to time. I debate about whether or not I should post or write or ask a question. But in the end, I always do it anyway.

Because I’ve learned one huge secret about fear.

Get Used to Fear

Fear is never going to go away. Like, ever.

As long as I’m constantly trying to be better, grow my business, and do new things, I’m going to be afraid. And that’s okay. It’s actually a good thing.

But getting comfortable with the unknown, and not worrying or obsessing about it, will help me use my fear as a catalyst instead of a stumbling block.

Realize That Everyone Has Doubts

Here’s the part where I tell you that even though you’re a very special and unique snowflake, everyone else is just as terrified as you are. And it’s true!

Some people rationalize their fear much faster and much better than I do, but that fear still crosses their mind. It’s still there. They just don’t let that fear define their lives.

And that’s the type of life I want to have. Where I feel that sphincter-clenching fear and I take the leap anyway.

Because I figure, who better to take a chance on… than me? 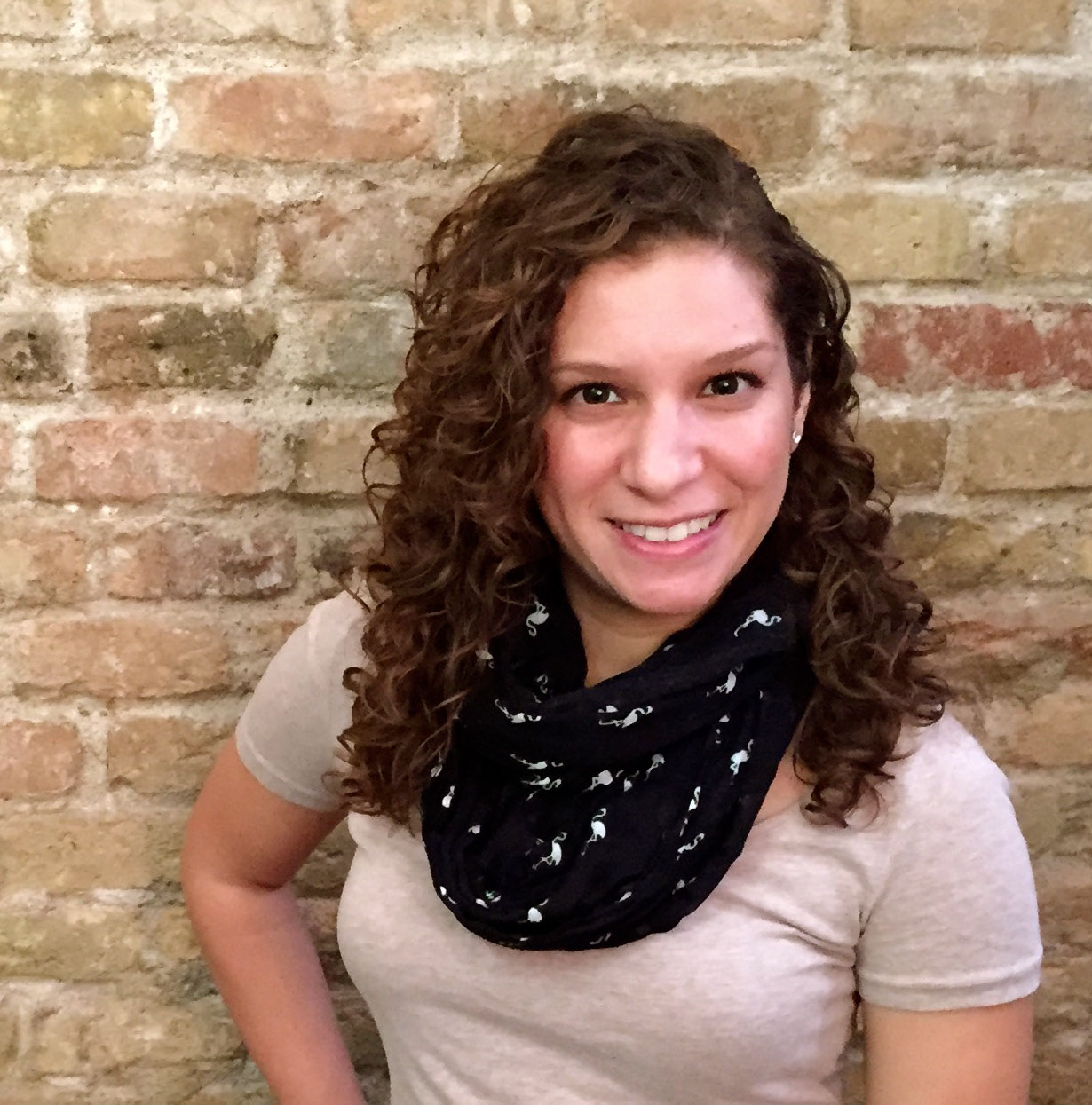 Marisa is a copywriter who loves traveling, working on creative projects, and starting great conversations with new people.

The Next Step (Shameless plug)

For some freelancers, finding clients is the scary part. We’ve lately launched – Marketing For Honest Freelancers – an online class that can help you overcome this fear. It got great reviews – check it out.