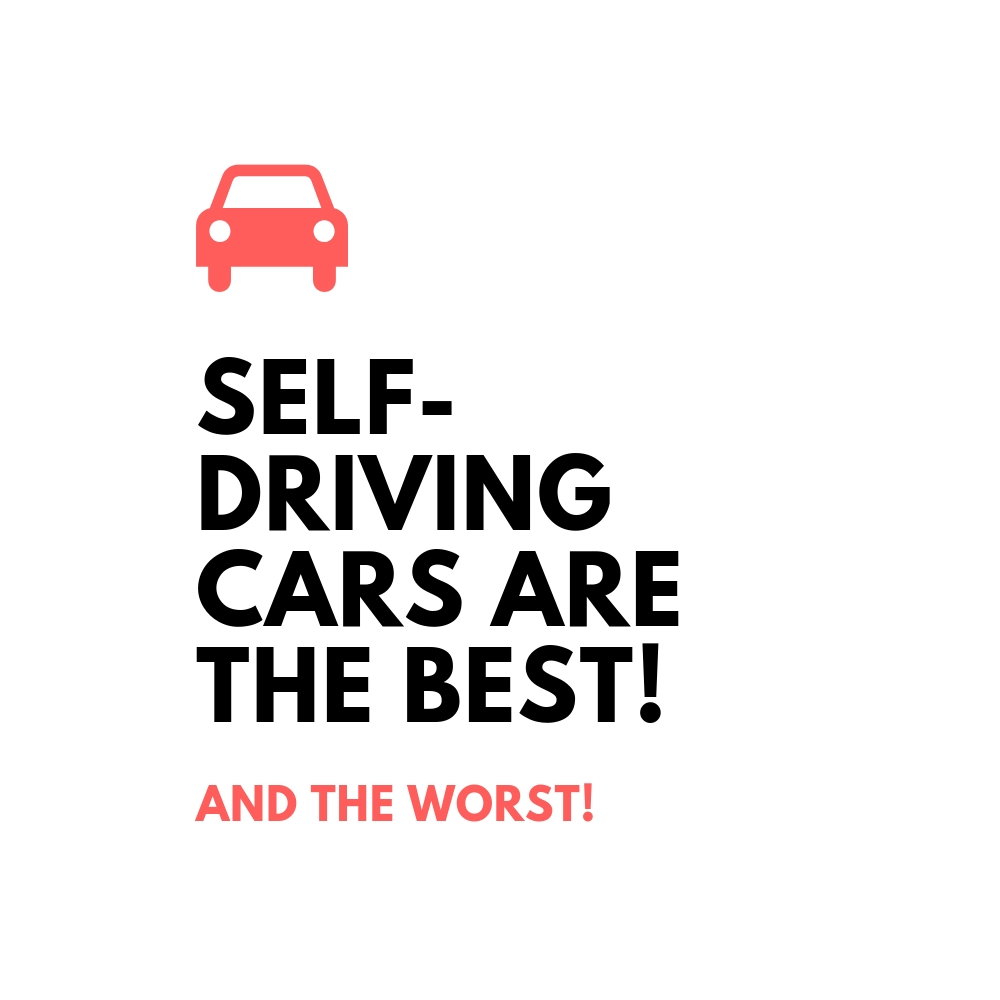 I got my driver license on Christmas 96′.

Being able to play a CD of the Beatles in my mom’s old Subaru, seemed like a cutting-edge technology back then.

Hardly had I known that 18 years later, cars will drive themselves.

I spent a lot of time and money on my driving lessons. But hearing that companies like Tesla and Otto and Uber and Google are developing self-driving cars – well, that actually makes me really happy.

OVER A MILLION DEATHS BY CARS A YEAR

How crazy is that??!

Not that it is a car’s purpose – killing people – but what can you do – driving is dangerous. And being a pedestrian or a bike rider is even more dangerous.

It’s actually the only one between the top 10 causes of deaths that is not health-related. So you can die of AIDS, a heart disease or diabetes, but not so less likely you can die because of cars.

And self-driving cars will fix a lot of it. Firstly, we won’t need most of the cars we have today, because we’ll use self-driving taxis instead of owning a car. Less cars, less accidents.

MORE TIME FOR LEARNING, WORKING, SPENDING TIME WITH OUR KIDS

The best thing about driverless cars is that we’ll have more of the one thing we all need – time!

People are spending 87 minutes on average driving their cars a day(!). 104 if they have kids.

Now that we don’t need to drive, we can use the time to do whatever – work, learn, entertainment, whatever.

I think it won’t be another 87 minutes a day, since there will be less traffic when we have less cars, but even extra 30 minutes a day is quite a lot.

THAT’S GOOD NEWS, ISN’T IT? WELL, NOT FOR EVERYONE.

Dying less is indeed good news for humanity. But driveless cars are also really bad news for loads of people.

Do you know how many Taxi drivers work in the US alone?

Wait, it gets worse.

What about truck drivers in the US?

In Ohio State, the tests for self driving trucks have started yesterday.

Wait, it gets worse, worse. What about the delivery drivers like the ones who work for FED-EX or Pizza Hut, etc? There are around 150K of those.

And School bus drivers? There around 500K of those.

And the same thing will happen not only in the US, but all over the world. Technology spread faster than ever these days.

WHAT WILL HAPPEN TO THESE DRIVERS?

I have no fucking clue.

These people earn, on average, not more than $50K a year. Sometimes half of it.

Most of them will probably be unemployed. Bad for them, and bad for us – because unemployment is bad for everyone.

You’re not? Good for you.

But how about your job? Is it safe from technology? In the future I’ll be writing about many more jobs that are under a big risk. You’ll be surprised how many of what we do today can be done better, faster, cheaper – with robots/bots/software.

But let’s hold this for the future. For now – you might want to think – “How can I benefit from this inevitable change in the car market?”

Well, let me give you a hint.

Here’s a quiz – say you found out that human beings will have 30 extra minutes a day to spare. And that they do it inside a driving car.

What could you create/design/market/develop that will be beneficial for them?

Maybe a new gadget that let them exercise in the car?

Maybe you can develop an educational tool that knows the distance to work (with the help of Google Maps) and automatically creates a lesson that fits the riding time?

Maybe you could create a new Youtube channel or a Podcast?

Or a dating app that connect random people that are currently also on the way to work?

Take the next few minutes to imagine how you can use your current skills with this new world change.