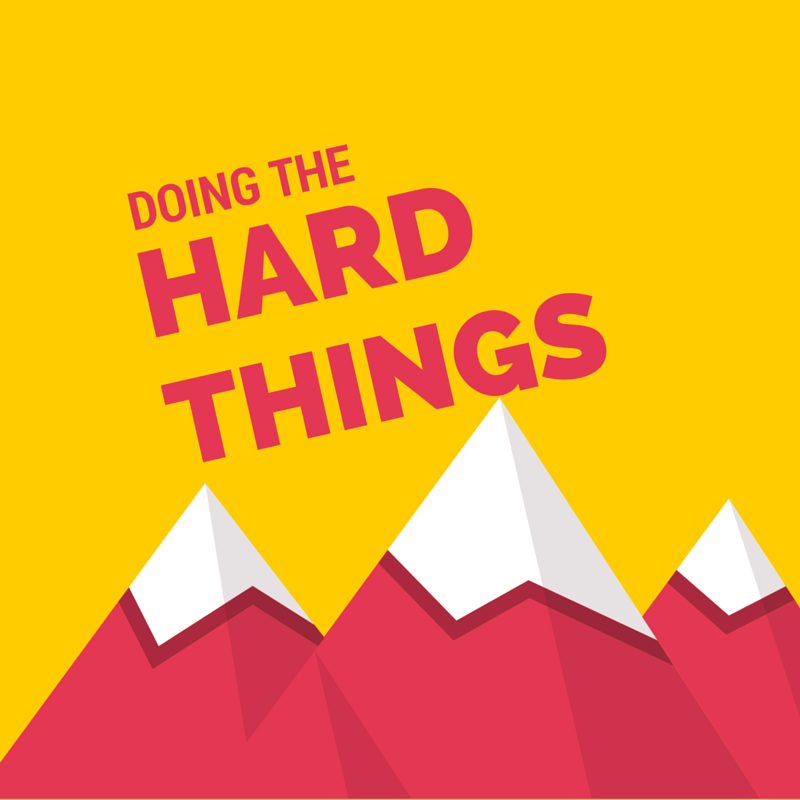 The hardest thing about running your own creative business is [fill in the blank here].

Being a freelancer has this very romantic narrative of being your own boss. Making your own hours. Total creative freedom.

But what about the hard parts?

Maybe it is romantic in all of those ways and more, but we all still struggle somewhere.

Some people struggle to stay focused. Some people can’t balance life and work.

Some people get discouraged or overwhelmed easily.

For me, I struggle with boredom.

I get bored easily, and then I can’t work. I dread the end of projects, when all that’s left are the brain-melting tiny details — checking how the website looks on Firefox on Windows 95, changing fonts, adding links, horrifically boring touch-ups.

This is when I get an urge to do the dishes, or change the lightbulb, or call an old friend from high school to catch up. Anything is better than the small things.

Why should you do the hard things anyway?

The only way to become the healthier/smarter/happier/more productive/XYZ person you want to be is through doing hard work.

Sometimes the work is embarrassing, or depressing, or seemingly impossible.

And no matter how hard you wish, it never does itself.

So why push forward?

Because, I promise, the results are worth it.

You won’t become the best creative by working with easy clients.

You won’t become more productive by keeping a small workload.

You won’t become healthier by eating whatever takeout delivers cheapest and fastest.

Growth is the most satisfying feeling in the world, and you can only grow if you push yourself — if you figure out what’s hard for you, and you do it.

Mark Manson wrote a blog post called The Most Important Question Of Your Life about how to figure out what you want and what you’re willing to do for it.

If I ask you, “What do you want out of life?” and you say something like, “I want to be happy and have a great family and a job I like,” it’s so ubiquitous that it doesn’t even mean anything.

A more interesting question, a question that perhaps you’ve never considered before, is what pain do you want in your life? What are you willing to struggle for? Because that seems to be a greater determinant of how our lives turn out…

The things we work for are the most satisfying.

The hard work we dread doing is what gets us the things we want.

And the hard work is worth it.

I want to share with you the hard things we’ve done lately at the nuSchool, why these were hard for us, and what happened in the end.

Launching a side project? It’s hard.

Last week we launched Photype. It’s a side project we put almost three months of work into, while keeping up with our regular stuff.

Why was it so hard?

Side projects are always hard to do. It’s low priority, so it’s easy to push it off another week, or month…any time that isn’t now.

And since we’re serious people (sometimes), we couldn’t just do what we want. We still did full-on market research, interviewed some of you guys to better understand the process of your work with stock photos, and had six (!) different versions of Photype before the launch.

Our CTO Ayal almost killed me a few times during those revisions.

But you see, we planned to work on it for three weeks, which eventually turned into nine weeks. We almost decided not to launch it, but in the end we pushed each other to make it happen.

A week before we expected to launch, someone put us up on Product Hunt.

Flattering, but stressful. It was a big opportunity — and it paid off.

We built Photype because we love the design community — so seeing Photype appear on The Next Web and twenty other blogs in different languages was incredible.

Not only were happy people loving and using Photype, it was also great for The nuSchool brand.

Hard – but worth it.

Creating a new course in less than a month? It’s hard.

We get emails all the time from nuSchoolers struggling with marketing.

Someone somewhere convinced us that talent would sell itself. It doesn’t. Now the world is filled with talented creatives sitting at home, boosting Facebook posts and waiting for clients to come to them.

That doesn’t work — it’s a waste of time and it’s depressing as fuck. So we made a course that addresses those issues, based on what I learned over fifteen years of working as a freelance designer.

We even got stuck in an elevator on shooting day one. This wasn’t an easy process. You can see our distress in the video.

But still, our first class took over four months to produce, and we wanted to do this one better — and we did.

Hard – but worth it.

Forcing yourself to do the hard things

At the nuSchool, we believe in self-improvement.

A good week or month for us is when we’ve tried doing something hard — not because we’re masochists, but because doing what’s hard for us is the fastest way to improve and make big leaps in our career, experience, and life.

Doing the hard thing can bring you down. Especially if you fail to do it eventually. But when it works, hell, that’s the best feeling ever.

And the best thing about doing the hard things is that eventually these things become easy.

And you become the person you want to be.

For some freelancers marketing is the hard thing. I’m not talking about creating a Facebook page – anyone can do that. That’s easy.

I’m talking about the HARD things you can do – which will get you more clients than you can handle in the long run.

In case you want to learn the hard things I’ve done to market myself until I got fully booked – I’ve got something for you. 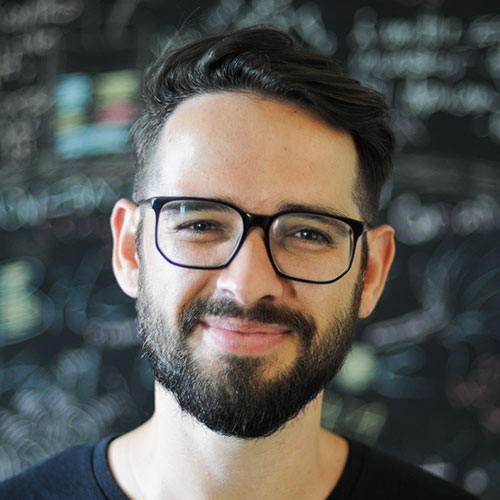 Ran is head of product, designer and co-founder at the nuSchool. He's also a freelance designer working with Startups, the a mentor at The Designer's Pricing Class. He's now working on a new class - Marketing For Honest Freelancers.