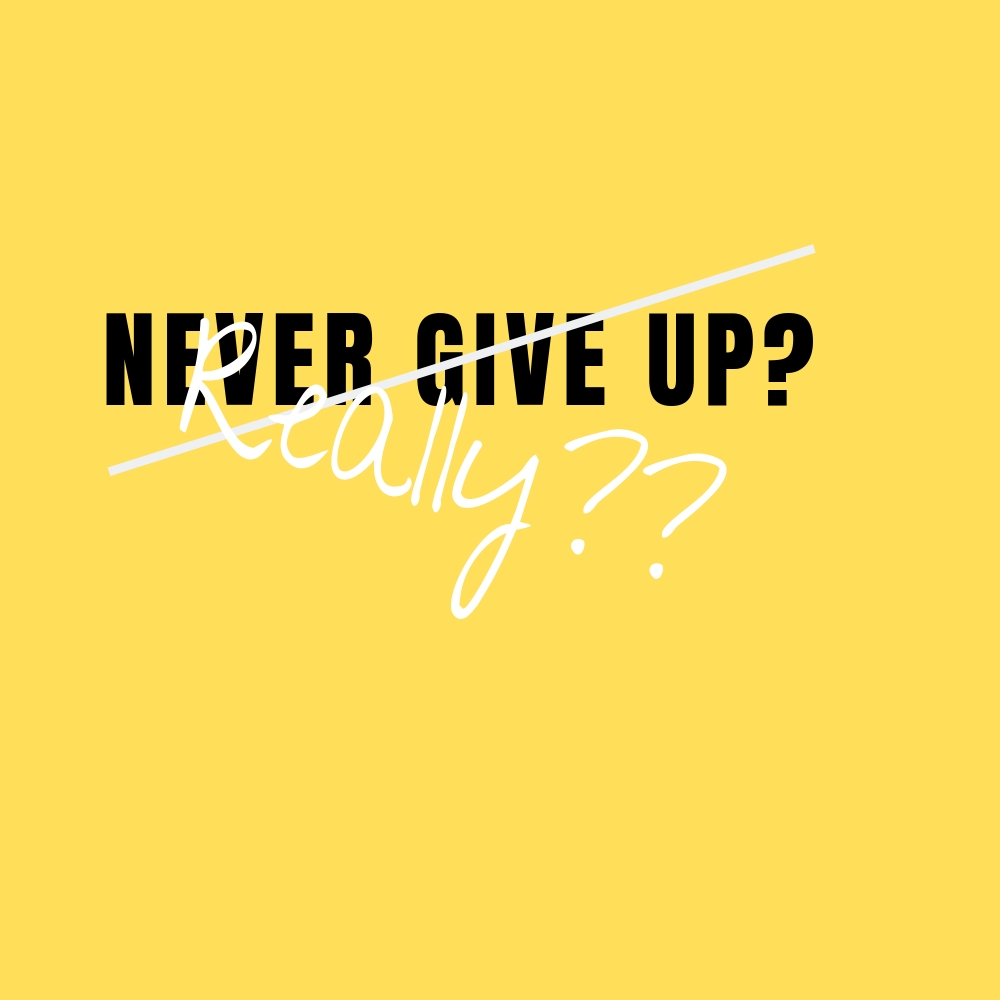 The other day, while mentoring Startups in an accelerator, I saw this sentence on the wall:

YOU SHOULD NEVER GIVE UP.

The thing about clichés is that they look really good when they are written with big letters on walls. It’s more difficult to argue with them that way.

And actually, should we argue with them at all? I mean, someone has worked really hard so this sentence becomes so popular. So popular – it became a cliché…

One that with the wrong interpretation, could do some damage.

To Give Up or Not To Give Up. That is the question.

While participating in those mentoring sessions, I’ve heard many great ideas and some really bad ones. I’m not speaking about my own opinion about them, but only to the dry numbers.

For some of those ideas, or better, for some of the entrepreneurs behind them, I would definitely not advise this cliche, even if it’s written on a wall. I think some ideas should be given up on.

Being in love with your idea, even when reality shows you it’s not a good one, will make you pay dearly. I know because I did it myself several times. Even more so, sometimes it’s harder to give up on your idea than to just continue and hope that the reality will change.

But giving up on a bad idea, does not mean you should give up completely. You don’t have to give up your desire to do something great in your lifetime. And you should not give up on the desire to solve real problems, that real people have.

It’s a matter of what you give up on, and what you’re not.

Some things in life – not only bad ideas, but also mal friends, a workplace that doesn’t let me realise my potential, or even a woman I was in love with but stopped me from growing – those are things I’m happy I gave up on.

But things I believe in, such as my agenda, my values, and people who make me a better me – well – I should never give up on them.

Beware of cliches, even those which are written on walls. You should give up some of them.