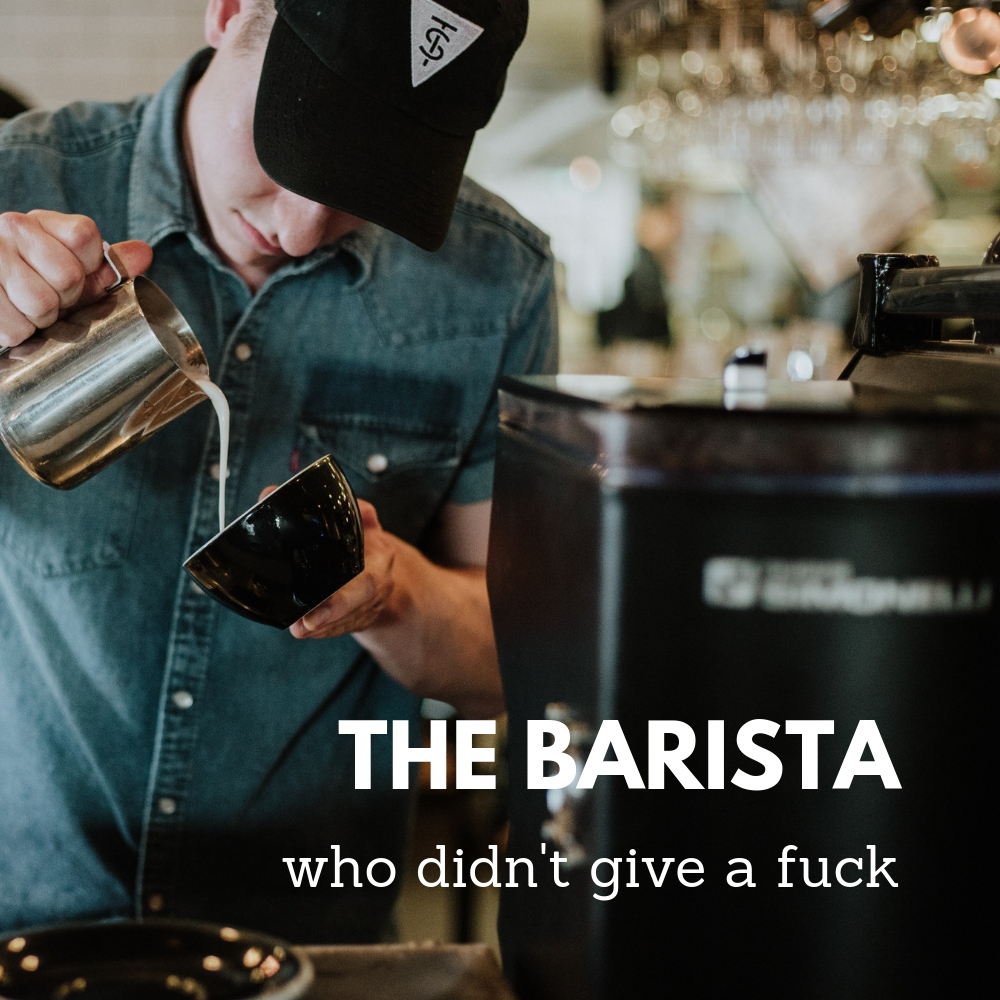 I needed that espresso badly

It was Sunday and I was in nowhere land, 30 miles north of Venice, Italy. I walked towards the only restaurant around, in a fog that wouldn’t shame a Hollywood studio filming a Freddie Krueger nightmare. I had a headache and was tired and wanted it to end.

While working on a presentation for the following day, I found – in an old folder on my computer – a summary of a book by Sir Ken Robinson. It’s that guy from the most popular TED of all times. His book is called The Element. Three years ago I read it and summarized the whole thing but I totally forgot I did. I do these things sometimes – summarizing books, but I’m not sure why – I never remember to go back and read it.

In his book Robinson claims that Schools hurt our believe we are creative. In order to love what you do and do what you love you rather combine your passion with what you’re good at. And you better find that creativity within you again. It’s a great book.

Plus, I have a thing for Ken, especially since he tweeted an article I wrote for Wired:

It was nice to see that when you’re Sir Ken Robinson fucking Most Popular Ted Speaker you still care to throw in a good word.

I was craving for pasta

It was 1PM and I felt hunger. So I found my way to the closest (and only) restaurant around.

“Warm yourself up with this Sangria while waiting, Señor. The food will take some time, my husband is fast but we got full all at once” – said the waitress with a south Spanish accent. On the wall hang a huge yellow-red flag, with a bull painted in it. I got the hint. My dreams about Kaneloni – on my first day in Italy – will wait for tomorrow.

I asked her to get me today’s special. She recommended a delicious meat dish with a glass of cold beer. I approved.

Families from the area came here, probably tired of eating pasta, to try some spanish food. They shared seafood paellas with each other.

When I finished the food I was served a glass of schnapps. “This is how we roll” said the waitress, and I had no choice but drinking my third portion of alcohol within twenty minutes. By that time I already heard the story of how she and her husband – the cook – arrived here from Madrid after the big crisis, to open up this little haven.

“It’s nice and quiet here” – she said smiling –
“I’ve noticed” – I thought to myself, sipping that schnapps, thanking the gods of magic moments.

I drank more than I should have

You see, I’m an Israeli, based in Tel-Aviv. And in our weird country we work Sunday to Thursday, not Monday to Friday (did you know that little fact?). I flew to Italy for business, not pleasure, and so I had to prepare twelve different presentations before Monday morning arrives.

I needed a nap. That can take away this fizzy feeling of three drinks and anyway it helps your creativity. I know because I’ve watched Mad Men.

Sixty minutes later my alarm clock wakes me up. The expected headache arrives, waiting for me like a dog for his owner to come home.

So I went looking for Espresso. The restaurant was already closed – the spanish family needed a siesta before they open it again for dinner. In my hotel I was the only host – the season is about to end. I noticed the owner’s kid in the lobby and knew he’s my only hope.

“Do you have an idea where I can get coffee here?” – I asked in English.

The kid looks out the window confused. Praying that his dad will come to save him from this weird stranger.

I tried again. This time with my miserable face. The one who works the best when cops ask me to pull over –

The kid stands up and start walking. So I follow him, I have nothing to lose. He enters a room, that leads to another room, that leads to what appears to be the kitchen. And there I see it. The most professional coffee machine you can imagine, bigger than the kid itself, in red, black and silver. Something you could only expect to find in Italy.

And then, as if Beyonce just got on stage, the kid start moving and my eyes open up. Faster than a German highway, the kid is pushing, turning, bouncing and within a minute I got a double shot of Espresso that was better than what most Baristas ever made me.

The kid was smiling. I sipped the last sip and smiled back. Perfecto.

He didn’t give a fuck

Five minutes later I’m back at the room, ready to rock my presentations. My laptop screen is open and my eyes bump into that summary of The Element.

How symbolic. I just looked at a kid with no fear. A kid that probably doesn’t know that Barista is a profession. He doesn’t know people are snobbish about their Espresso. He just saw how his parents make coffee, and used the same method to make me one.

The kid didn’t give a fuck, because his creativity wasn’t ruined yet by the world out there. By mean people, or by idiotic education system that makes us choose whether we are a Rational or a Creative person.

This kid didn’t give a fuck because he didn’t know he should give one.

And it made him the best Barista I’ve ever met.