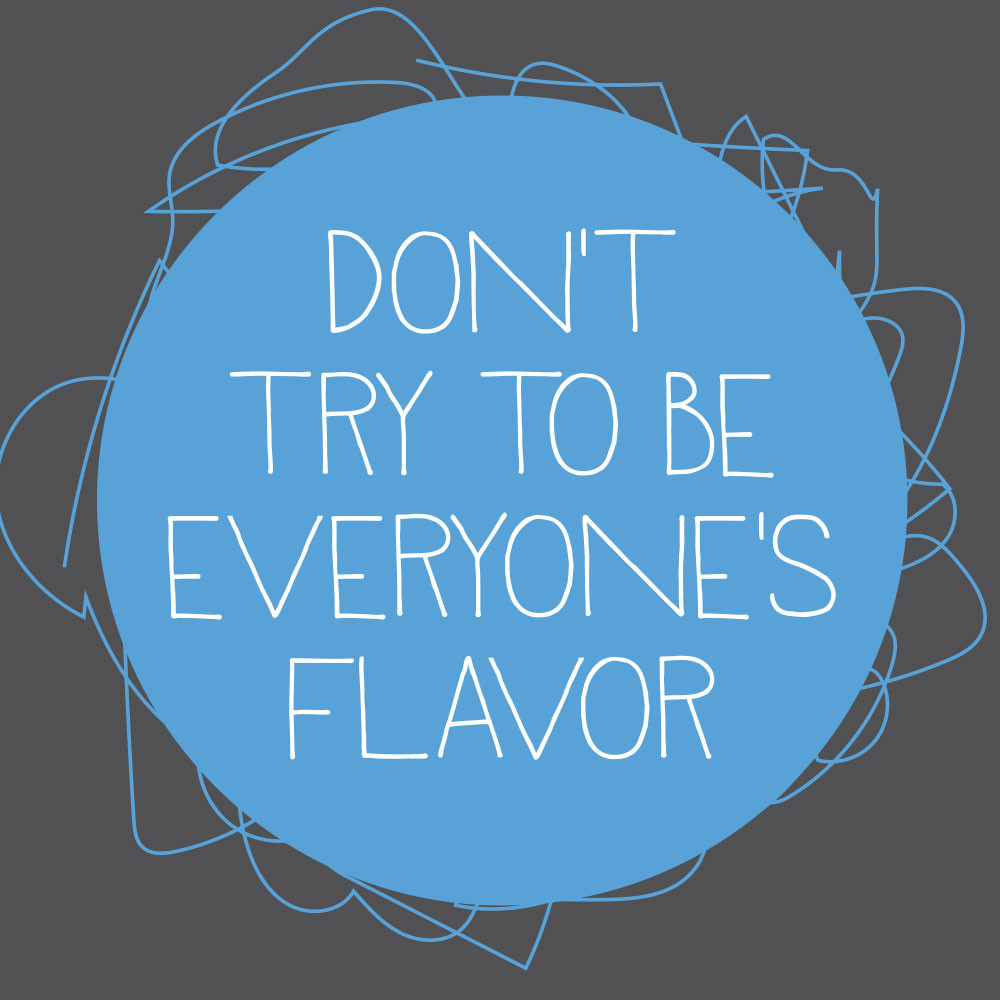 If I say Italy, what do you think of?

But some of you have better taste than me, and you might have something else come to mind:

And where is pasta most popular in the world?

And where there’s tons of pasta, there are dozens of flavors of pasta sauce. That’s important because…

Because I’m going to change your view on some things in life, using the winning pasta sauce analogy.

Who is Howard Moskowitz, and why do I care?

OK, so our story starts with a nice, roundish, super-smart guy named Howard Moskowitz, who disrupted the food industry in the US.

“Yo Howard, we want something called Pepsi Max. It’s like diet, but with a stupider name. Now we need you to tell us how sweet it should be. Meaning – what would be the perfect level of sweetness (aspartame) that would make sure the average American gets addicted to Pepsi Max?”

Howard was up for the challenge. Well, he gets paid well, so why not.

And so they did.

They gave tons of people free drinks (with different sweetness levels), and little notes to fill up; after a while, they gathered the notes, stuck them in Howard’s hand, and sent him to his hotel to crunch a million numbers.

Our Howard is excited. He does the whole thing, but then – to his surprise – the numbers look bad.

Why bad? Because Howard wanted to see a bell curve.

(Now just in case you’re not sure what a bell curve is – it means that the results of a test with many points looks like a little mountain – many people choose one number, and the further we go from this number, the less people who chose this number).

So Howard wished the numbers would look something like this: 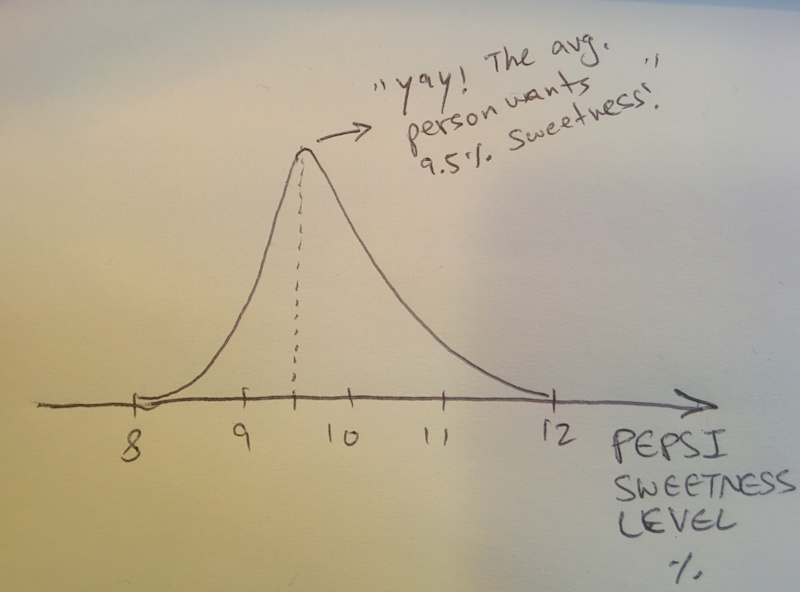 Then Howard could tell Pepsi, “Listen, the average American wants 9.5% sweetness. Now give me my money, see you later.”

But instead, Howard got something that looked more like this: 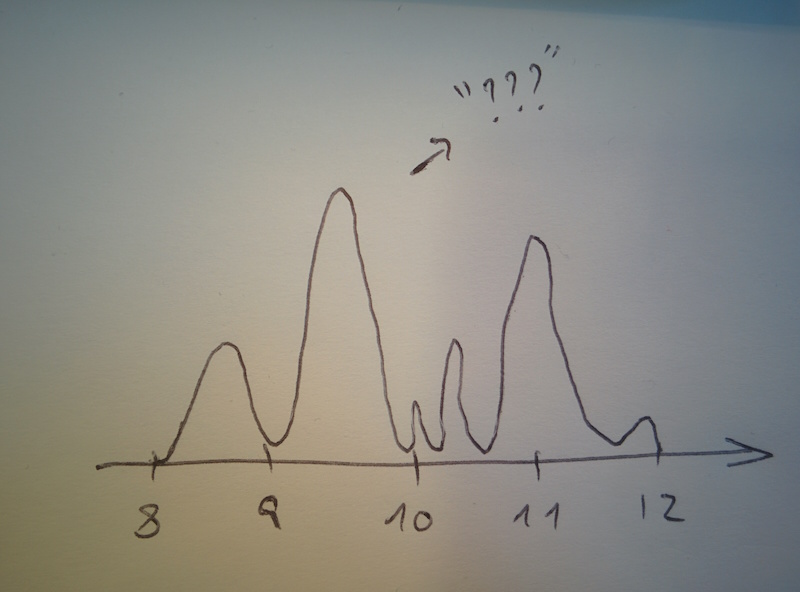 WHAT?!!! How can someone figure out the right sweetness from such results?!!

Howard and the guys from Pepsi were sure something was wrong — either the numbers, or the sweetness levels in the cups in the test, or whatever.

They didn’t know what to do and so they just picked a number to go with.

Howard got his money, but so sad he was…

One sleepless night, Howard suddenly understood what the problem was.

The test was just fine. It was the way he viewed the food industry that was wrong.

He called the guy from Pepsi, and shouted:

“You’ve been looking for the perfect Pepsi.

You should be looking for the perfect Pepsis!”

The guy didn’t get Howard so he hung up the phone.

But our Howard didn’t give up. He tried to explain his new eureka! to everyone, but no one really got him…

You see, back in the day, the food industry was guided by a simple, but ultimately incorrect, ideology: Make food and drinks that the average American will love, and then you’ll be super rich and sell a lot. And if we put many Americans in a room and ask them what they want to eat/drink, they’ll know what to tell you.

But one day, Howard gets a phone call from Prego (an American pasta sauce brand), and they believe in his idea, and want his help developing many perfect pasta sauces.

Howard asks them to create 45 different flavors, and he starts to travel the whole US with the sauces in his suitcase.

A few months later, Howard calls Prego to tell them they’re going to be rich.

“Listen. In addition to the plain and spicy sauces you already have selling, there’s a new flavor you have to make. And it will make you millions.”

Apparently, one-third of the audience really loved the Extra Chunky flavor. Which means that till now, 1 of every 3 Americans hadn’t had a chance to find the pasta sauce they love the most.

Because there’s nowhere you could buy anything else other than plain or spicy,  and in focus groups, no one ever said they want a chunky sauce. Maybe they didn’t even know chunky sauce existed.

So, Prego – being smart – created the chunky sauce. And that year alone, they made a pretty chunky $600 million! 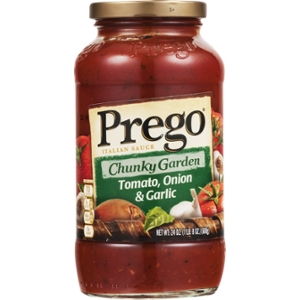 OK, so 30 years later, we now have 40 flavours for whatever food or drink we want. Too many? Maybe. But everyone has a beloved flavor.

(This beautiful story is told by Malcolm Gladwell – one of my favourite writers – in his TED talk from 2004.)

Now, let’s talk about you

You made me hungry, you’re thinking.

But what’s the lesson?

So happy you asked.

The pasta story was just the way for you to realize that you shouldn’t try to be everyone’s flavor.

I mean, you can try to make everyone like you and your work, but that’s kind of a bummer. You’ll get what you want: Average work for average people who like your work in an average way.

And the rest of the people? Irrelevant.

If you’re on our mailing list, you probably know I’m eating my own dog food. Some of my emails are provocative, or using swear words, or make fun of things, and mainly of myself.

Some people hate it, others think it’s not professional. I know this because they tell me, write me, get angry at me.

But the people who like it? Well, they REALLY like it. They send me emails to thank me for being so blunt and bold.

So what do you prefer? Do you want everyone to “kind of” like you? Or do you want just some of the people to REALLY like you and your work?

The faster you get to understand who is your audience, what is the type of clients that will really like you and your work, the better chance you’ll have succeeding at just being yourself.

And believe me, you can be pretty damn good at being yourself. 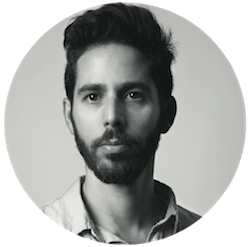 Lior is Head of Fun and CEO at The nuSchool. He is the author of 'Pay Me...Or Else! and 'Value For Money' and is a mentor at the Designer's Pricing Class.